Along the present scholastic year, students from I.E.S. de Catabois in Ferrol (Spain) and IIS A. Meucci in Bassano Romano (Italy) have been participating in an exchange of students and have been getting to know each other via Whatsapp, email and other digital media while having met in two occassions.
Visit to Santiago de Compostela 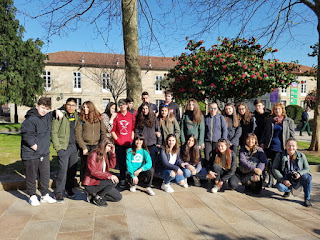 The first one took part in Ferrol in February 2019. We visited places like Santiago de Compostela and A Coruña to find out about the beautiful monuments in both cities, paying special attention to the old town in Santiago and the Tower of Hercules in Santiago de Compostela, which are both World  Heritage Sites by UNESCO. As well, the group visited Ferrol, which is in the tentative list for such a recognition:
El Ferrol of the Illustration Historical Heritage (2007)
After visiting The Tower of Hercules 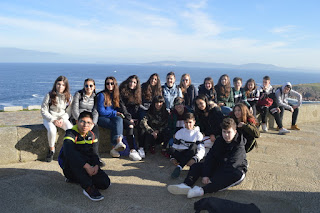 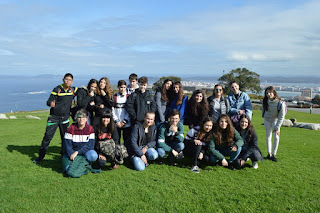 The second meeting, which has recently been carried out in May, took place between the 4th and 11th when the Galician students travelled to Lazio to meet their partners and stay at their homes. The youngersters from both countries have improved their knowledge of both cultures: Italian and Spanish and have raised their interest towards Europe and the use of foreign languages.
At school 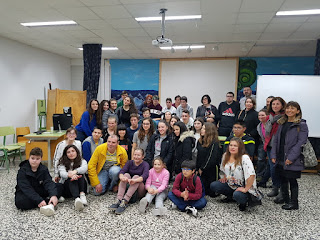 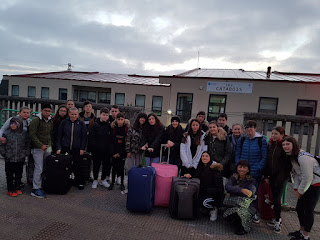 During the visit to Italy, the group had the opportunity of discovering the ancient Etrurian civilization which inhabited this area of Italy (together with a few others). The region is known today as Lazio and is home to many rich remains, both Etrurian and Roman. It also includes places and celebrations which hold the recognition of World Heritage of Humanity by the UNESCO, both tangible and intangible, such as The Macchina of Santa Rosa as well as other remarkable places like the Farnese Palace in Caprarola or Bomarzo Park to name but a few.
Click to watch a short video of the Farnese Palace during our visit: Palazzo Farnese
Through several articles and presentations you will be able to find out more about this enriching and interesting exchange of students.