A Trip into the Past: Monterozzi Necropolis

ADMIN    6/09/2019    Art , Etruria , exchange of students , History , IES de Catabois , IIS A. Meucci , World Heritage Sites    Comment
By Miguel Núñez García, 3rd year ESO A.
A group of students from I.E.S. de Catabois in Ferrol have travelled to Bassano Romano in Italy as part of an exchange of students during the present scholastic year 2018/2019. One of the most interesting places we visited during our stay was the town of Tarquinia and the Etrurian necropolis of Monterozzi, which is located in the town outskirts.
Monterozzi has about 6,000 tombs which are classified as: external tombs or underground chamber tombs. The external ones are more ancient and display funny shapes as if they were huge mush-rooms of the Boletus family. The corpse of the dead was incinerated and the ashes were put in clay made funerary urns which were kept inside the stoned-coffin like the one in the photograph. 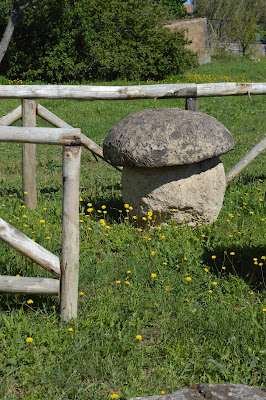 The underground chamber tombs are decorated with beautiful paintings because rich or noble people were buried there. Magic or religious scenes were often depicted in the paintings of the chambers as well as representations of funerary banquets and other festive and daily scenes, using bright intense colours. Some paintings are really beautiful and they are preserved in quite good conditions.
Some of the tombs we visited were: Tomba dei giocolieri, Tomba della pulcella, Tomba delle leonesse and Tomba dei leopardi. 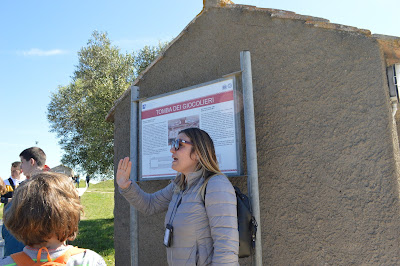 Tomba dei Giocolieri
Each of the underground chamber tombs has been covered with a hut to provide protection from the rain. The entrance to the tombs is through narrow dark corridors, sometimes with stairs. The chambers are protected from the changeable conditions outside by transparent glass panels which prevent the paintings from being spoilt. When a visitor gets to the glass panel, he must press a light switch to be able to see them and admire the decoration. 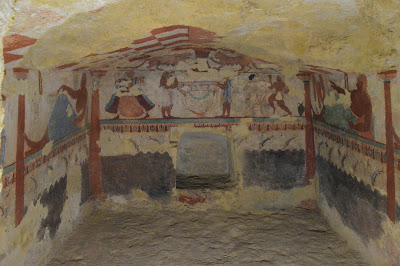 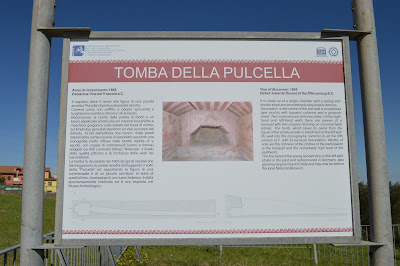 Tomba della pulcella
Because of the narrow entrance corridors, visitors must queue and wait for the previous group to leave the corridor so that access is granted. The place has a large number of visitors, amongst them tourists and students who, like us, are interested in discovering what life was like in ancient times, several centuries before Christ. We learnt that Etrurian civilization was very evolved and they liked being buried together with their personal belongings. The fact that women played an equalitarian role to that of men caught our attention as it was the opposite to the one played in other contemporary or succeeding civilizations like the Greek or the Roman ones. They accompany their husbands in many of the paintings. 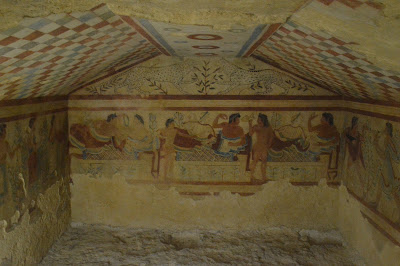 Monterozzi necropolis was declared a World Heritage Site by UNESCO in 2004 so as to preserve its burial system together with the paintings and other rests. This way, in the future, people like me will be able to observe them and get information about the customs and traditions of the Etrurian society. I loved visiting both Monterozzi and the National Archaeological Museum of Tarquinia because I feel very attracted to knowing how ancient men lived. 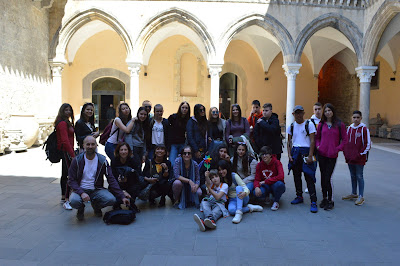 At the National Archaeological Museum of Tarquinia