The story of the Little Red Riding Hood

Journalism is a vital part of our project, that is why students during the project meeting in Bieruń, focused on a well-known text – the story of “Little Red Riding Hood”, but they were asked to look at the particular aspect of the plot. Students were working in mixed groups – each member was from different partner country and were free to choose the form of their work.

The first group wrote the article from the point of view of a neglected child and Children’s Rights. They were asked to look at the famous fairy tale from the level of a girl - Red Riding Hood:
Child found in the forest after abuse by mother
A 7-year-old girl was found injured in the forest by a huntsman after she was sent into the woods by her mother. The newspaper talks to the huntsman who was present and witnessed the event. He saved the girl and her grandmother from disappearing and says in an interview:
“She was eaten by a huge wolf, her luck was that I was nearby and heard her screaming.” – said the hero – “she was already in the wolf’s belly when I got there, but the animal was sleeping and I was able to get her and her grandmother out alivein the right time. Both of them, but especially the little girl, were scared and harmed. She told me that she was very frightened, so I tried to calm her. After a while, she started telling me what happened: her mother, who was hungover, sent her to her grandmother with food, because the old woman was ill and she could not get food for herself. That’s why she had to go alone through the forest.”
To let a child walk alone into the forest without anyone attending results in a very high risk for the child to end up hurt or killed. It’s considered a crime against the children’s rights to neglect a child by letting him or her wander out in the forest alone without supervising. Child protection began an investigation against the mother who’s responsible for the girl who was severely injured by the wolf. If she hadn’t gone out on her own, let alone sent by her own mother into the forest, the accident with the wolf probably wouldn’t have occurred in the first place. 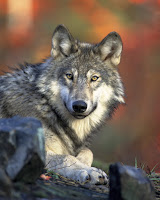 Blacha Dagmara
Budo Daniel
Forsman Lisa
Halasz Andreea
Huber Zuzia
Pato Aicha
Second group wrote the article from the point of view of forest keeper - well organized services, but it turned out that this team loves irony like British people do and has got great sense of humour- they changed the article into satire:
Barbecue wolf
I was walking like every day through the forest. I thought it was a normal day, but it wasn’t. I heard some strange noises coming from a little house. I went to check it. When I opened the door I was shocked. I saw a big wolf sleeping in a bed. He wore someone’s clothes. I heard screams coming from his stomach. I had to kill him, but I didn’t know how. I had to ask someone. I got out from house and I went to black forest. I was going to ask big woods. Suddenly I tripped and I saw a knife under the tree. I took it with me and I came back to the house. I was very scared, because the wolf woke up. But he couldn’t see me. I relaxed, because he was blind. So I decided to cut his stomach. When I did that, two women came out from him. So we made a barbecue with wolf steak.
Bartek Blacha
Yaren Akbaşli
Martyna Skoczylas
The third group’s task was to look closer at the problem of a naïve child, who is the effect of present times, a child who can’t differ the reality and fiction, because of watching too many cartoons and playing the computer games. The group made an interview – video:
The interview
Today children are affected by new technologies so they can’t differ the reality and technology. In our days children are watching too much cartoons and playing computer games so they forgive to play in reality. That is a bad thing because they can’t communicate with people and their minds are controlled by technology.
Everyone knows the story Red Riding Hood so we can compare the little girl with the children of our days and the wolf with technology. As the wolf try to cheating the Red Riding Hood, the technology tries to keep the children’s minds in his hands.
In our opinion the parents have to be more focused on what they children do and try to control them!